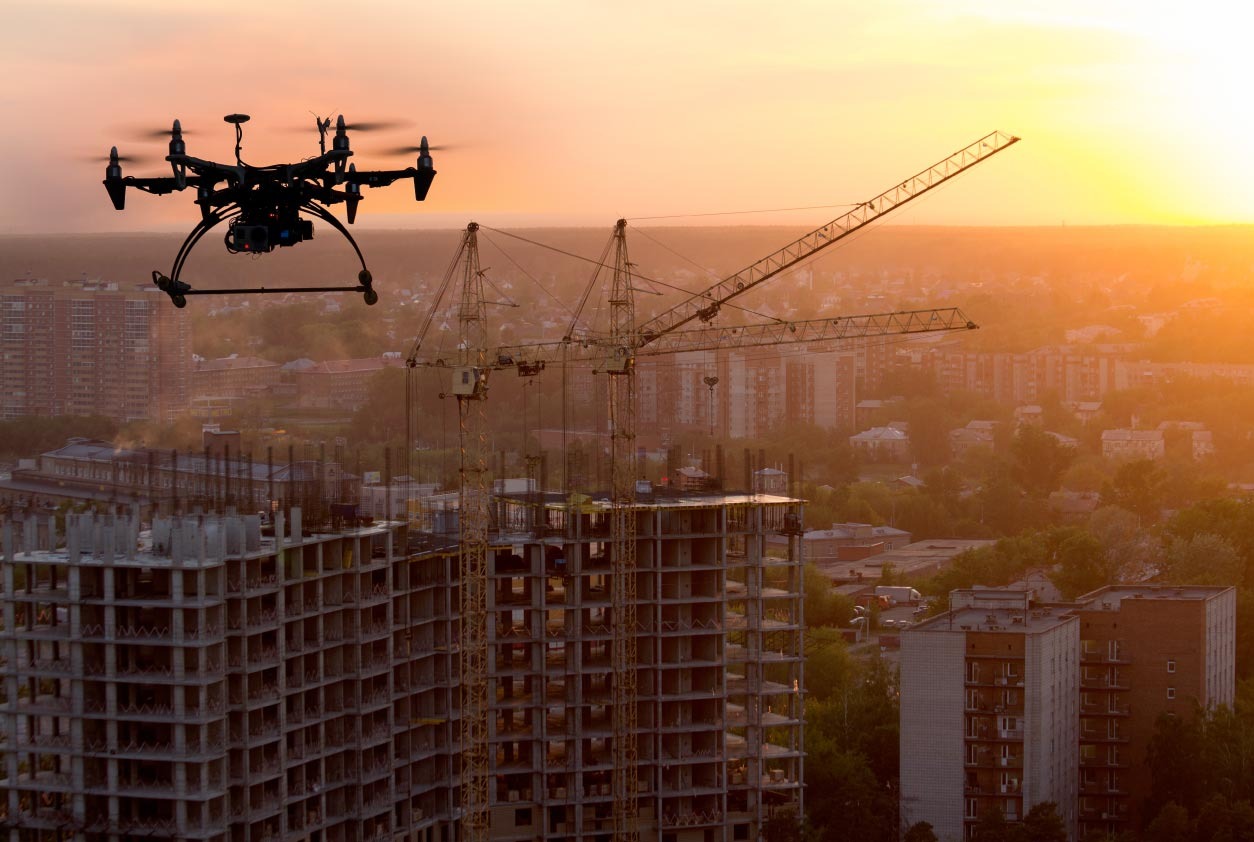 In 2014, India had banned drones given the privacy risks and airline disruptions caused due to unidentified flying objects in recent years. Back then, more than five lakhs drones were used in diverse sectors, including surveying, telecommunication, crop protection, and aerial photography with most of them being illegally imported from China.

The ban was entrusted to put a rein on the excessive and illegal use of drones for commercial purposes and likewise, that may endanger national security. On the flip side, flights at Indira Gandhi International Airport in Delhi were delayed for 40 minutes on August 20, 2017, when a pilot spotted an unidentified drone activity nearby. Four similar episodes took place in the same year. The interest of civilians in aerial photography and for commercial applications also soared high.

Drones are those radio-controlled aircrafts that can be used as well as misused depending upon the intent of the operator. For instance, they help keep the skies safe as it allows the aviation security officials to understand what drones are flying and where. However, drones must never be used to collect confidential data of a competitor with motive of self-interest or financial gains. In many cases, drones are used for spying, stealing sensitive data and invasion of privacy.

Keeping this in consideration and owing to the emerging drone technology and scope for huge investments, Directorate General of Civil Aviation introduced Drone Policy 1.0, legalizing the commercial usage of drones in India. The policy allows flights of only up to 400ft or what it is called “visual range of flight”. It charted out a complete roadmap for a drone manufacturer or operator on how to fly drones with due approval following precise safety & security frameworks.

It also classifies drones on their “all-up weight” or the total weight with cargo and fuel. Nano drones weigh up to 250 grams, micro-drones 250 grams to 2 kg, small drones 2 kg to 25 kg, medium drones 25 kg to 150 kg, large drones upwards of 150 kg. The entity wishing to purchase or import drones must take necessary approval & permits from multiple agencies, including the Directorate General of Civil Aviation. They must also obtain a Unique Identification Number or an Unmanned Aircraft Operator Permit. Moreover, the government of India prohibited transportation and delivery of any kind of items using drones, which came to many companies as a blow because delivery via drones is quick and easy. Now the laws are going to become a lot more stringent as draft Drone Policy 2.0 recommends establishing a separate regulatory body under Directorate General of Civil Aviation (DGCA) that would help budding drone industry regulate more efficiently and safely.

Drones for Security: Why & How

Understanding the security breaching threats such as trespassing, illegal migration and infiltration which are some of the critical threats for India’s internal security, the usage of drones or unmanned aerial vehicles (UAVs) in security planning has gained impetus in past few years.

The global market of the drones presently is estimated to touch the $127 billion mark by the end of 2020, given the advantages it offers over the use of helicopters and planes in surveillance work.

During the recent pronouncement of Ayodhya verdict, Uttar Pradesh police and paramilitary forces deployed drones in Nayaghat, Nageswarnath, Ram ki Paidi, Hanumankupa, and other sensitive areas to uphold law and order and minimize the risks of potential riots and protests. The security officers entrust drone surveillance to keep track of conditions of the different areas in the city and ensure that no government directives on security are infringed. In fact, drone patrolling across the city helped authorities maintain peace and tranquility.

Security personnel can use drones to identify gaps, threats, and vulnerabilities in open or semi-closed spaces that are difficult to do with other conventional methods. Unlike helicopters and planes that produce noise, drones can carry out monitoring operations, silently and swiftly. From monitoring parking lots to concert stadiums, small and portable drones are being used by security agencies and ground forces for real-time video surveillance. It allows to view things in a 3D frame rather than 2D, which helps in aligning security countermeasures. The ones equipped with thermal cameras enable us to capture quality footage even in the night.

Drones can be utilized in gauging potential threats and risks and accordingly chart out the associated risk mitigation measures. In the case of Executive Protection, drones are particularly used in recceing the remote routes before or during driving their primaries or VIPs around. The threat-awareness information obtained by drones help the crises management teams do a quality research report and prepare countermeasure plans, policies, procedures, and even deploy a line of security in case of danger or contingency.

Drones assist specialized forces in tackling the unforeseen challenges or unexpected incidents faster and better than the security personnel alone can do. Many UAVs are specifically designed to differentiate the sound of gunfire and explosion. Once they detect the sound, they can report their human operator about the blast or can automatically call registered helpline numbers. On the other hand, human operators of drones have all the necessary data such as the exact location of the incident along with its audio and video that help him respond to the situation better and quicker.

Not only this, drones are also resourceful during times of natural disasters and unforeseen incidents. Post hurricanes and earthquakes, drones with thermal imaging cameras enable emergency response teams to expedite the rescue operations and humanitarian aid delivery.

Given all these pros of drones, the step recently taken by the DGCA to ease the stringent government’s policy on drone usage is appreciated. Now when the drones can be utilized for civilian and commercial purposes as per newly introduced drone policy, the Indian drone industry is all set to boom in coming few years with more technological advancements.